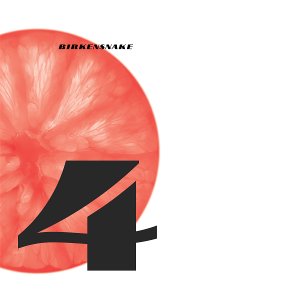 The sunset was lovely. The photographer looked at it through his camera, then he looked at it without his camera, trying to decide which way was more lovely. The black foothills in the foreground were set off by the snow on the distant mountains & the snowcapped mountains were set off by the pink & golden clouds of the setting sun. A perfect calendar photo. The photographer climbed the hill to reach a better vantage point. He reached the top of the hill just as the sun dropped behind the mountains. In the fading light he could not see the path he’d followed. He knew he’d have to sleep under the stars. He took the candy bar out of his camera bag, broke it in half & ate half of it. Then he ate the other half. He was thirsty, but he had no water.

He spread his jacket on a patch of grass & lay atop it. He pulled his arms inside his sweater & stuck his hands into the band of his jeans. He thought about the man’s body that he had found last month, so yellow & dried, hanging from the noose. The high desert air had sucked the water out of the body, like those mummies he’d seen in Mexico, mouth gaping open, dried eyeballs fallen out of the sockets like old dates. The body swung lightly in the breeze.

It was getting colder & he wrapped the jacket around himself & zipped it. When he inhaled, the air stopped against his thick tongue & lodged there. He tried to think about women he’d loved, sweat beading on their throats, the heavy press of breasts in the dark. But he kept seeing the hanged man’s desiccated fingers twisted into arthritic contortions.

The photographer sat up to adjust his jacket. In the direction he’d come from he saw a faint yellow light. Through his zoom lens, he saw a window & the outline of a small shack. He rose up & slowly fumbled his way down the hill.

After an hour, the photographer reached the shack. He called out hello, but there was no answer. The shack was made of corrugated tin, held up with cinder blocks & sewn together with wire. It had a wooden door. He knocked on the door but there was no response.

Temperatures could dip low at night at this altitude. The photographer placed his ear against the door but heard nothing. He opened the door. A very tall man sat crouched on a red milk crate beside an electric lantern, reading a book.

The hike in the dark had exhausted the photographer. He tried to remember the last time he had eaten a real meal, but his memory was blurry. It had been sometime yesterday. At the thought of food his stomach tightened again but this time more painfully. He gasped & doubled over, seizing his abdomen.

The tall man looked at the photographer & nodded his head. He held up a finger to him & stood up. His knees & ankles crackled as he rose. At his full height the tall man would have pushed through the roof of the shack by about six inches. Instead he crouched over. His back was so crooked it looked rounded.

The man came back with a child’s cowboy hat of faded purple felt & a serrated knife, a table knife. He slit the knife across his wrist until blood popped out of the vein. He winced & then smiled wanly at the photographer. The blood flowed into the hat. He stretched his hand back to keep the cut vein open. Once the hat was about a third full, he pushed it into the photographer’s hands.

The photographer held the hat, uncertain. The very tall man wrapped a blue bandana around his wrist & mimed holding the hat to his mouth. “Dreenk!” he said & smiled. He pulled a cigarette out of his shirt pocket & lit it with a book of matches. He licked blood from his palm, where it had dripped past the bandana.

The photographer drank from the hat. He got blood on his face. He licked around his lips, wiped the blood from his face & licked it off his fingers.

“See! See!” the very tall man said. He stood up, knees & ankles crackling again & dug through a pile of clothes & papers. He pulled out a photo album & with grandeur presented it to the photographer. “Pho-toe-gaff,” he said & mimed clicking the shutter release.

The photographer nodded & smiled. He put the hat & its remaining blood on the dirt floor of the shack & took the photo album. The album was leather, old leather scratched & worn to sandpapery tatters. When he’d lifted the hanged man up to cut the noose from the rafters, the dried skin had powdered off on the photographer’s hands.

The first page of the photo album showed a group of men in rural Russian clothes, heavy coats & fur hats, standing around a burning pile of bodies. Legs & arms stuck out of the fire haphazardly. The men held up rifles & torches in what looked like a cheer.

The very tall man smiled at the photographer & mimed for him to turn the pages. He turned the page. The next page was a print of a man & a woman in formal dress, holding hands & trying hard to remain still for the camera. Flames had scorched their hair away & the woman’s face was blackened by the fire. Fire sprouted from their shoulders & heads. Below their shoulders the formal clothes were intact, their pose of matrimony stoic & historical. The next page showed a black & burning mass in a large wooden crib. The photograph had been hand-tinted, the flames a pale pink & pastel orange, the room colored in soft blues.

The next photo showed men in suits sitting at a long table, all facing the camera. The three in the middle were on fire. One of them was a blur of flailing arms. The man next to him was just starting to catch fire. His face was set in concentration as he stared at the camera with dark eyes. The next photo was of a gazebo in flames. Inside it women in wide-skirted dresses were burning, their dresses & upper bodies deep in flame while their petite stockinged legs held the flaming masses upright.

The very tall man lit another cigarette with the book of matches. He offered the photographer one & he declined. The very tall man stood up, knees & ankles crackling, & took the photo album from the photographer. He turned the pages reverentially, until he found the one he was looking for & showed it to the photographer. It was a young woman. Her legs had burnt away & the left half of her torso, the rest of her untouched. The flames had eaten away her clothes or perhaps she had been nude; her bare right breast had grey splotches of ash. Her face was untouched & pale. The eyes still open, staring into the camera with sensual dreariness.

“My love! My love! My girl!” the very tall man said & beamed at the photographer.

The remaining blood had congealed in the hat. The very tall man scooped it out & cut the mass in two with the same knife he’d used to cut his wrist. He handed half to the photographer & ate the other half. He built a small fire in a wide metal pot in the middle of the shack, pushing in old papers & branches & pieces of broken up furniture. The fire warmed the small shack quickly.

The photographer lay under a few old quilts that smelled of animals. The face of the burnt girl stayed in his vision when he closed his eyes. Her pale face & her perfect remaining breast. He thought of a woman he’d seen the last time he was in the city. It was morning & he was waiting for a friend, sitting on the stone steps of a walk-up & drinking coffee out of a Styrofoam cup.

The woman wore dirty sweatpants & a purple zip-up jacket. She was that indeterminate age of people who have lived on the street for their entire adult lives. Her hair, which might have once been blonde, was matted into dreads. She paced the street across from the photographer, oblivious to him. Suddenly she pulled her sweatpants down & leaned her ass over the wrought iron fence in front of a basement-level dive bar. Her piss sounded shrill in the morning stillness of the street. As she pulled her sweatpants up she saw the photographer & scowled at him. She crossed the street toward him, screaming unintelligible angry things.

Without thinking, as a kind of defense, he picked up his camera & pointed it at her. But when he did she stopped in the middle of the street. She stared at the photographer, then smiled, exposing bare gums. She began to pose for the camera, like a 50s pin-up girl. Her smile so pure & happy. He shot a few pictures & smiled back at her. Then she unzipped her purple jacket. She was not wearing a shirt beneath it. She pulled one of her sagging breasts up with her hand & put the nipple into her mouth, continuing to pose for the photographer.

He continued to take photos of her until a car approached & honked. She screamed at the car & walked away, her jacket still unzipped & her sagging breasts dangling out of the purple plastic cloth.