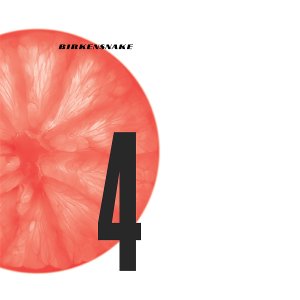 My education began with a boy named Cyrus with whom my older brother was best friends. Our family had moved out of the city for a year because of a breakdown my father was suffering due to a sleeping pill he was taking, now off the market, that didn’t allow him to dream. My father was unable to practice and so we moved into our uncle’s country house in New Milford, Connecticut. It was there, in his second grade class, that my brother — and I, by barely recognized association — came to know Cyrus, who had the distinction of having been left back a grade and thereby knowing more than anyone else. Cyrus had squashed a particularly big bug on a flat slab of slate next to the pool with his bare foot. The insides of the bug were now on top of and alongside it.

“Look at its guts,” Cyrus instructed us. I asked him what guts were, to which my brother responded, “Guts are what bugs have instead of brains.” I had insisted on having my head shaved for the summer, like my brother, and I was wearing an old pair of his underwear as my bathing suit, but neither he nor Cyrus accepted me in my imitations. The door to my brother’s room was often closed during what I imagined to be their most important conversations, but because of a white-handled penknife that folded up, stolen from a junk shop that my mother had brought me along to, I was allowed to accompany Cyrus and my brother on their expeditions around the house, through the neighbor’s land, and down to the lake, which all that summer was covered in a completely still skin of peagreen scum. We needed the knife to take biological samples, to mark the sites of our grafting and hybridization experiments, and to tap the sap from trees.

Cyrus’s older brother, who was really a half brother and twelve years older than him, was living at home that summer, back from college, where he was studying biology and entomology. Because of his studies we learned about cannibalism in animals and suicide in insects, through Cyrus, who had mastered the pertinent terminology.

“There is a kind of fungus,” he told us, “that lives part of its life cycle inside of an ant.” We were just coming to the edge of a field of tall grass. “It attaches itself to the ant’s mandible while the ant is eating and then grows up into the ant’s head, where it reproduces, filling it, and at the same time taking over its mind.” This was an idea that my brother and I were perfectly familiar with, having recently seen Star Trek II, The Wrath of Khan, in which Captain Kirk is forced to put his helmet on knowing that there is an alien bug in it that then crawls up his nose, making it bleed, and into his brain, turning him evil. “It makes the ant climb up the highest thing it can find,” Cyrus continued, “and just when it reaches the top, the fungus explodes out of its head and spreads its spores.” By then we were all three stopped in the middle of the grass, and later it would only be after my brother told me I was lying that I would remember that we had not really looked around to see a tiny headless ant corpse at the top of every blade.

Cyrus also told us how termites reproduce. This time we were in the slimy rocks along the river trying to catch frogs, an activity about which I was extremely conflicted, loving as I did to hold them in my hands, but being convinced as I was that the lightest touch of our skin was to them a searing, torturous burn. My brother and I both knew what termites were and what they looked like because we had seen them in a bonfire running in a sizzling trail out of a burning log and into the flames that surrounded them.

“In female termites,” Cyrus explained, “the vaginal tract is atrophied.” We had no idea what this meant. “Because of this,” Cyrus continued, “the male termite pokes a hole through the abdominal wall of the female,” and he poked me lightly just below my bellybutton on my naked stomach, so as to this part there was complete comprehension.

“This process is called traumatic insemination,” he concluded, and I think he could tell from our guarded reactions that this was the first we had heard of insemination of any kind, and so he explained the basic mechanics of the human reproductive act in terms we both understood. I didn’t think much of it except to distrust Cyrus’s source of information on that particular topic, but my brother was quiet for the rest of the day. He later confided in me that what worried him was that his understanding of female anatomy led him to think that when a man entered a woman, he entered directly into her intestines and organs, or, as he put it, “Right into her guts.”

I don’t know how my father came to know about the turn our education was taking. We rarely saw him, as he stayed in the upstairs bedroom that year, tended by our mother, and the few times that we had come across him, standing by the stairs or in the hallway invariably dressed in his bathrobe, we didn’t talk to him nor he to us. I remember at the time imagining that my father had an antenna up on top of the house, directly above his bedroom, and that that was what he was doing all day, transcribing everything being said in and around the house for miles, picking it all up with his antenna.

“When I was your age I wanted to know about things too,” he began. “I studied the insects, I killed them in different ways to see what would happen, I crushed them to find out what they smelled like. I watched the way they behaved with one another and I watched my own heart to see how I felt when I killed them, and I felt nothing. There were some women, your aunt and your grandmother, who would tell me not to torment them, but that’s not right, that’s not real feeling, that’s sentimentality and you don’t ever have to listen to that. You crush that out of your hearts. You can’t feel for everything, there’s a limit. You can’t feel for a virus, you can’t feel for rabies. There’s a line, and bugs are on the other side of that line and we’re on this side of that line and frogs are right there on the threshold. We dissect them when we’re kids, sometimes while they’re still alive, pinned down and cut open. But you’d worry about your kid if he was doing that on his own. If I found you out there, poking around in a living frog with a knife, I’d be worried about you. If I found one of you in your room with a frog taped down to your desk all cut up and still alive I’d worry about you in a pretty serious way. I remember when a frog was the biggest thing I had ever killed. Your uncle and I caught two giant bullfrogs, just huge, I had to carry mine under its arms like a cat. We put them in a fish tank we had but it was much too small, we had to squeeze them in and they were just sort of sandwiched in there with their purple white bellies pressed flat against the glass and their heads coming out over the rim. We didn’t mean to kill them, we just got distracted and we left them out there in the sun and when we got back they were cooked. Their intestines were so swelled up with gas that they were spilling out of their mouths and coming out of their asses. They looked like those long thin balloons that clowns twist up into poodles. I was your age when I did that and that was the worst I had ever felt about myself, about all of us. That’s where the frogs come in to show us, because the frogs aren’t insects, they’ve got skin just like us and when you’re out there with the insects and you find yourself killing a frog it’ll wake you up. You’ll feel it in your heart and you’ll know you’re not a bug. The frogs are there to teach us something and you better listen to them. They mark the threshold with their thin skin that’s so easy to split with a scalpel, just like ours, and a woman, a living woman, is all the way on this side of the frogs, all the way in, right next to us, and we don’t treat one like she’s a bug or we’re a bug, because it’s not like that at all, not if you’re right and you learn what the frogs have to teach you, because some people don’t learn that lesson and they keep on living out there with the insects. I worked in an emergency room before either of you were born and I saw a lot of things gone wrong. I saw women come in, prostitutes, in such a bad way that they had to use colostomy bags, that’s a bag you attach to a hole you cut in someone’s side for their crap to come out, and some of them would come back with herpes around those holes from guys who paid to screw right into their intestines, into their guts, and I tell you this because that’s where we’re headed if we don’t listen to the frogs and that’s not a place I want to go. I hope that you will listen to the frogs and always make a place for the frogs, because I’ve seen where we’ll be without them and that’s not a world that I want to live in.”

My father looked away from us and adjusted his bathrobe as a signal that we should leave him, and we did so, hugging him to let him know that it would be all right, closing the door behind us, and running down to meet Cyrus, whose lesson that day was on sea slugs, which are hermaphroditic and cannibalistic.