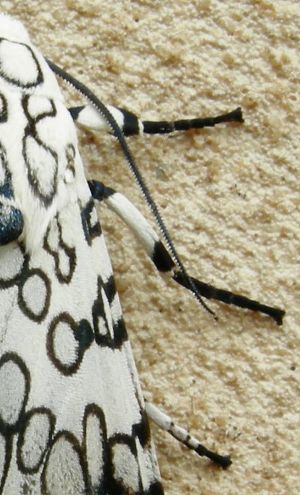 First things first: there are seven of them, made by seven independent editorial units.

The idea of co-curatorial games with strangers came up in an e-mail exchange that I (Brian) had with Benny Lichtner in January of 2012. Both Benny and I had edited journals with other people and had enjoyed the experience. We began talking about co-curation in general. An experiment occurred to me: “There could be a consortium of many potential co-curators, and they get paired/trioed-off randomly and have a certain amount of time to curate something. Literary or otherwise. Maybe the result is a product that gets distributed, or maybe the various curated sets just get presented to the consortium at some end-of-period festival. I would participate in this.” A few days later I realized that I ran a literary magazine and could actually arrange such an event myself. I talked to Joanna and we produced a call for editors. The result of the game would be Birkensnake 6, edited in different versions (we didn’t yet know how many) by teams of strangers.

We wondered whether anyone would want to participate in this game. In the end we received thirty-four editorial proposals. Should we accept all of them and let everybody make whatever they want and send them to each other? Chaos! In the end we decided to choose six pairs. We thought we would be able to manage that number all right (I was already dreading formatting every issue for the website), and after all, Birkensnake 6.

Joanna and I, in the role of meta-co-curators, ranked the editorial submissions separately and then compared lists. There were a few disagreements, not many. We arrived at twelve names and a few alternates, and started to think about pairing them off.

Here is something that happened. I had been poring over lists of names one long afternoon while I sat out on the fire escape watching for UPS. One name that had come high on both my list and Joanna’s, and thus had made our group of twelve, was Hedy Zimra. “Literary ethos?” she had written. “Writing like everyone you know is dead.” Who to pair her with? In the evening, after UPS had come, I googled her. I got results that I didn’t understand, then did. I texted Joanna: “I think Hedy Zimra is dead.”

We were shaken. She had died a couple of months earlier, shortly after she’d submitted her proposal to us. All the time we had been talking about her and rereading what she had told us about herself and putting her name on lists and wondering what kind of soul she had — she had already been dead.

We put a last-minute applicant in her place. Now we had twelve living names and one dead name. We felt strange and sad. Pairings emerged anyway. We wrote to all who had applied and set the game in motion. Calls for submissions appeared. To those applicants who were not among our twelve plus one we recommended, a little sheepishly, that they make something anyway and call it Birkensnake 6 and distribute it. I hope that some of them did.

Something else that happened: one of our pairs did not get along. We received accounts of strain, misery, instant antipathy, iciness, intractability. We carried on discussions. In the end we agreed to split them up. One of them was an obvious match for one of our alternates; we made the change and they lived happily ever after. But the other one was tricky. Each of our alternates seemed grossly wrong for her in a different way. Joanna said: “We could pair her with Hedy Zimra.”

But the match made sense, in some abstract part of the mind that understands how people make sense. Cautiously, I mentioned the idea to our stranded editor. She considered. The thing was done. Now we had seven pairs made of thirteen living names and Hedy Zimra.

After a while one of those names got sick. He said he couldn’t do it. He asked to have his name taken off the issue, and by that time we were too far along to replace him. So were back to twelve living names, now divided among seven Birkensnake 6s.

We left it there.

The project became something we managed rather than made. Some of the editorial teams wanted to make their own print editions, and they did; others wanted to work with bookmakers, and so we found and assigned bookmakers (Edie Fake, Friedrich Kerksieck, Walker Mettling, Andrew Oesch, Nicole Trigg, Michele Chun); that might seem like a creative decision on our part, but in fact somehow it wasn’t, it was just getting things done. We ran an agonizing but ultimately successful Kickstarter campaign, and render our undying thanks to the company of heroes thus mobilized. We did a lot of work. But the thing was its own thing and no longer our thing.

Our inboxes were filled with questions, worries, and later, files.

As I write this, I have uploaded finished texts of most of the seven editions onto the website. Some of the print editions are done, some are in process, some I don’t know. Plans are underway for a road show in November. Some of our editors are happy and some are not. That is as it should be: Birkensnake 6 is the wheel of fortune. Are Joanna and I happy? We are tired. Making Birkensnake ourselves is exhausting, but having it made by others is even more exhausting.

We have not yet read any of the Birkensnake 6s. I’ve toured the texts mechanically to get the web formatting close to right, but that’s a different part of my brain. When we have all the print editions in hand then we will read them. Then we will stop feeling tired and feel something else.